My Family Pedia A Blog for Lifestyle and Travel
Home Lifestyle Why we celebrate ram navami? 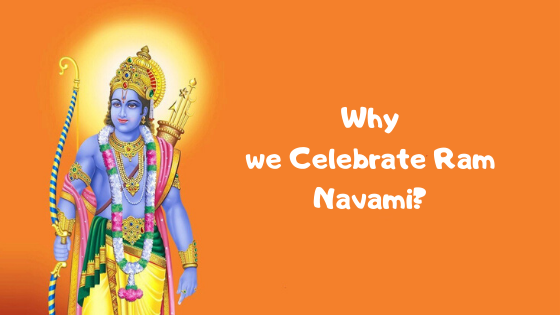 Ram Navami is one of the most celebrated cultural festivals in honor of appearance day of Lord Rama, the seventh incarnation of Lord Vishnu. Significance of Ram Navami lies in worshipping, reading Ramayana and distributing prasadam on this day. It is celebrated on the ninth day of Chaitra Navratri in March or April every year.

Meaning of Rama: Rama (ra and ma): The Sanskrit root’ means light. ‘Ma’ means within. Divine light within you is Rama. Interestingly in the Latin verbatim, the syllable Ra is used to mean light ‘Ra’ in Radiance or Radium is something that sends out light.

Activities on this day: Dedicated to Lord Rama, the festival inspires many events at local and public levels. In all temples of Lord Rama, devotees engage in various spiritual activities such as bhajans, kirtans, prasad distribution and the like. They discuss or chant the inspirational legends of Rama and recite the Rama Katha or the Ramayana. There are many who perform pujas at home whole most visit Rama temples for prayers. A week before the actual celebration, people clean their homes and decorate their temple rooms, bedeck the idols of Lord Rama, Sita, Lakshman, and Hanuman. Devotees keep fast on this daybreak it the next day after offering sacred items such as fruits, flowers, sweets, holy waters and the like.

One of Celebrated at prominent places: The most prominent places to witness the Rama Navami celebration at a grand scale is Ayodhya, the birthplace of Lord Rama. It attracts footfalls not just from the state (Uttar Pradesh) but from different parts of the country and the globe as well. Aside from Ayodhya, there are other places like Rameshwaram in Tamil Nadu, Bhadrachalam in Telangana, and Sitamarhi in Bihar where celebrations are elaborate and huge. Ardent devotees also celebrate the day as Kalyanotsavam meaning the marriage of Lord Rama and Sita.

Remembering Vivasvan, the Sun god: Lord Vishnu incarnated in the Treta Yuga as Lord Rama to protect the sages from the evil-minded beings and kill Ravana, who kidnapped His divine consort, Sita. The day usually starts with prayers offered to Vivasvan (Sun-god) because Lord Vishnu chose the Surya-Vamsi (solar dynasty) making Vivasvan even more glorified. Then a special prayer is offered to the Lord at the Madhya-Kala, during midday.

Ratha Yantra and Sacred Water: People especially the devotees sing Sanskrit verses glorifying the Lord getting into the festive and spiritual mood. Highlights of the day include Rath Yatras or cart processions of Ram, Lakshmana and Sita as well as Hanuman organized by various temples and trusts. People visit holy rivers like Ganga, Yamuna, etc. for a dip. Masses of people visit Ayodhya to witness Ganga Aarti during Ram Navami.

Desire to live in Rama-Rajya: Ram Navami festival is celebrated with great, matchless enthusiasm. It is said in the scriptures that a tract of land under the rule of Lord Rama becomes Vaikuntha itself. That land is called Rama-Rajya, the kingdom of Rama wherein there is no room for injustice, rivalry, evil schemes, lust, anger, greed, envy, and other degrading quality. In the kingdom of Rama, every living being including trees prosper. Everyone performs their duties perfectly and is rewarded by the Lord Himself to the fullest. In the kingdom of Rama, everyone enjoys just, truth, peace, prosperity, harmony, health, happiness and assurance of going back to Vaikuntha (moksha).

Fulfillment of Desires: Just like Rama never failed to fulfill Sita’s desires because She was absolutely devoted to Him, the Lord never fails to fulfill the desires of His devotees. On this festive day, Rama temples are decorated and invite masses regardless of their background for a grand celebration.