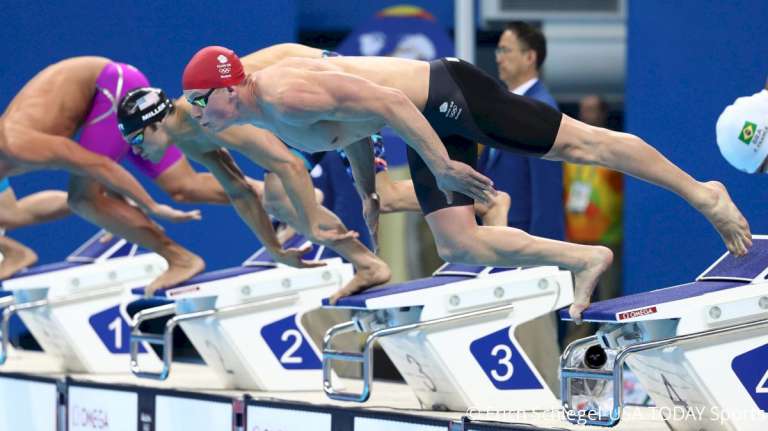 No man was born with gills and fins but there are some that were gifted with a natural talent to swim like fish in the sea. Since ancient times, mankind has thrived through the help of bodies of water like rivers, lakes, and seas. Ancient civilizations have one thing in common – they originated in areas near bodies of water. This natural relationship between humans and water has forged today’s outlook and perspective of society towards the water.

The Solid Relationship between Man and Water

Fast forward to today’s society, water has not only become a source of nourishment and home to water creatures but a breeding ground to some of the most durable and active athletes on the planet. It is not uncommon to see men and women athletes in swimsuit and custom printed swim caps competing like it is their last. Water sports have become popular since the turn of the century, and this is evident in the popularity of these sports in big events like the Summer Olympics, Pan Pacific Swimming Championships, FINA World Swimming Championships, among others. Swimming has become a staple and strong force in the world of sports as it exhibits a human’s strength and durability. This sport is definitely tiring and knee-buckling, which is why people who excel in this discipline are some of the people with remarkable cardio and endurance.

Through the years, we witnessed some of the best swimmers ever to compete in significant swimming events. We witnessed how they break the rules of human anatomy, physics, and physiology. These swimmers pushed themselves to the edge, shattering world record after world record, proving that men, even though don’t have gills and fins, can do great in the water. In relation to this, we pay tribute to some of the most successful and famous swimmers.

Mark Andrew Spitz – Spitz’s nickname, “Mark the Shark”, is very apt to him because he is respected and is feared when he competes in the water. Some of his achievements in competitive swimming include seven Olympic gold medals at the 1972 Munich Olympic Games, an achievement that stood out until it was upstaged in the 2008 Beijing Olympics. Aside from his Olympic achievements, Spitz also has won various significant swimming competitions, including five Pan American golds, 31 U.S. Amateur Athletic Union titles, and eight U.S. National Collegiate Athletic Association titles.

Michael Phelps – ‘The Baltimore Bullet’ is notorious for speed and agility, breaking world records. Known as the most successful Olympic swimmer of all time, Phelps has become the poster boy of Olympic swimming. In the 2008 Beijing Olympics, Phelps did break Spitz record of seven gold medals by bagging eight gold honors. This achievement also equaled the record eight medals of any type of sporting event at a single Olympics. After the 2008 Olympics, Phelps has become the rock star of swimming. He became an ambassador and endorser of various sporting brands, proving his popularity and success.

Ian James Thorpe – Thorpe or “Thorpedo” or “Thorpey” is arguably the standard-bearer of topnotch Australian swimming culture. Thorpe is considered by many sports journalists and swimming experts as the most successful swimmer to come from Australia. He is known for excelling in the Olympics, winning five medals (three gold and two silver) at the 2000 Sydney Olympics, and becoming the most successful athletes to emerge from that edition of the Summer Olympics. In addition to his successful 2000 Summer Olympics stint, he became the first person to win six gold medals in one World Championship as he had a very successful run at the 2001 World Aquatics Championships.

The achievements of these athletes are proof that you should never underestimate a person in swimsuit and custom printed swim caps. These athletes have a big heart, unquestionable physical strength, and never-say-die attitude. They can serve as an inspiration to people who want to become successful not only in sports but in the game of life as well.