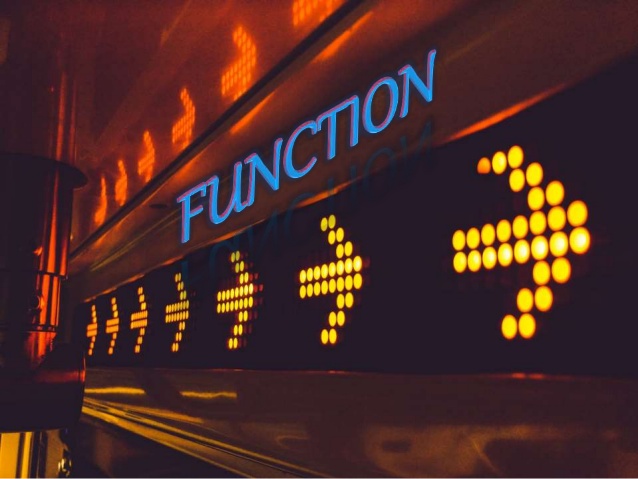 A mathematical function is defined as a relation that gives the value of a dependent variable that corresponds to prescribed values of one or more independent variables. The function can be expressed in many ways, such as using tables, polynomials, or graphs. We can observe functions in many real-life scenarios where we relate situations mathematically to draw some conclusions. This can be done by writing the situations in terms of functions using variables and constants. Also, a function may consist of a single variable or multiple variables based on the situations we deal with. Various applications are explained here along with the scenarios for a better understanding.

One of the essential applications of a function includes cash transactions and spendings because money can be defined as the function of time. The time value of money differs day by day, for example, the value of a thousand is less than today as compared with the value a few years ago.  By realizing how money changes over time, we can plan to spend money sensibly. This can be expressed using functions mathematically. In some cases, a rational expression (a fraction in the form of polynomials) is also used to represent certain relations of variables easily.

Another real-life example of a function describes the presence of a person at a specific place. A person can never be in two areas at the same time if we have to plot the graphs of the locations where the two people are as a function of time, the place where the lines cross means that the two people meet each other at that time. This approach is widely used in logistics, an area of mathematics that attempts to map where the people and things are concerning businesses.

Temperature is treated as a complex function since it has so many inputs and factors. These factors include time of the day, season, number of clouds present in the sky, speed of the wind, location, etc. However, the important thing is that there will be only one output of temperature when we estimate it in a specific place. A complex function results in forming this situation mathematically using variables. These complex functions are solved using different techniques and formulas. Especially in calculus, complex functions are evaluated using the partial fractions method. Though calculus operations are different, we may use them in certain situations depending on the objective. Also, the fact is that the fundamental concept to the new infinitesimal calculus is a function.

In scientific theory, the position of a planet can be determined by the function of time. As the position of the planet changes from time to time. While dealing with computer programming, a function is defined as the part of a computer program, which executes the theoretical concept of the function. As we know, a function is a program that produces a definite output for each input value of the variable. In this way, functions are used in many fields that help in solving some problems and make certain decisions.

10 Meetups for Rare Book Collections in London You Should Attend

You Could Be a Website and Graphic Design Specialist

How to Troubleshoot Circulator Pump in Boiler