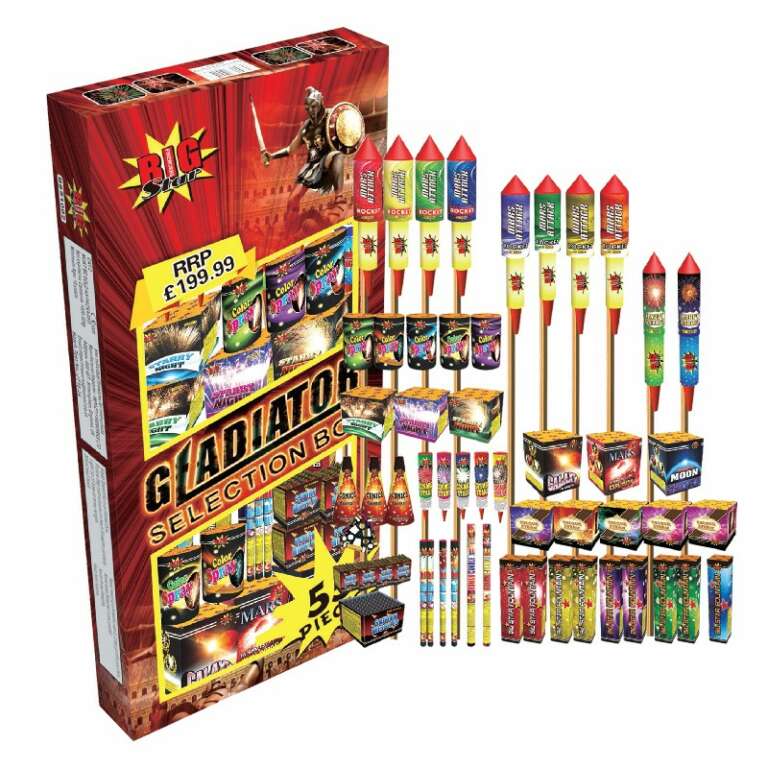 The gaping sight of fireworks, filling the whole sky with vibrant colours, is a spectacle to behold. They are part and parcel of every grand event. Be it the wedding ceremony, New Year’s Eve, or Independence Day. Fireworks light up our sky and our hearts. The horizons within our eyes expand beyond the dullness of the world. It all happens due to the mystical fireworks shooting up in the sky. All the colours that paint the sky have been picked up from the best fireworks selection box. Organizers pick up the most vibrant colours of the fireworks to make the sky dazzle with vigour and magic.

However, one might ask, where do these colours come from? Well, we might have to dig into the evolution of pyrotechnic effects to debunk some myths and validate others.

The history of fireworks

The records of historians show that the first set of firecrackers appeared in ancient Liuyang, China, in the second century B.C. The Bamboo stalks, when tossed into a fire, exploded with a bang due to the warming of the bamboo’s hollow air pockets. These natural firecrackers were thought to ward off the evil spirits.

According to one folklore, on New Year’s Eve, a monster named Nian would appear to devour villagers and demolish their homes. The people realised that producing an explosive sound by burning dry bamboo scared away the monster. It has since embellished a Chinese New Year tradition.

Some traditional Chinese still believe in this ritual. However, fireworks have passed the stage of bamboo tossed in the fire. An accident in 800AD gave rise to modern fireworks. An alchemist prepared a mixture of charcoal and potassium nitrate (a food preservative) in the hope of discovering the secret to perpetual life. When placed in bamboo tubes or paper tubes, they would light up. The technology tempered with different formulas over the years to add different colours to the fireworks.

Where do Fireworks get their Colours from?

Barium Salt gives rise to green colour. On the other hand, Strontium Carbonate yields Yellow colour. Strontium Sulphate produces a light sky blue colour. Similarly, Copper salt is known for producing a beautiful blue pattern when the fireworks leave their shell. The silvery rain is attributed to Aluminum powder. Thus, in these ways, pretty patterns with various colours overflow when the shells explode. There is a rain of mini sparkles that rouses excitement in us.

What are the myths about fireworks?

As beautiful as the fireworks look, there are myths about them. The first is that they are harmless. That is untrue. There is nothing like harmless fireworks. They are always the occasion of accidents. Fires can be started up by them. Fireworks specifically affect the eyes. Annually, there are numerous cases of eye injuries related to fireworks.

Secondly, some people consider that by supervising their kids during the fireworks display, they can prevent accidents. We wish this was true. But fireworks function at such high temperatures that kids cannot tolerate them well. It is always a good idea to keep kids away from fireworks.

Another myth is that one can pick up a firecracker which fails to explode. Stay as far away from such a firecracker as possible. Many people mistakenly go near the firework, and at exactly this moment, it erupts. Usually, such mistakes cost people their eyes. The victims of such accidents always narrate instances mentioned before being the cause of their injury.

Lastly, some people think that it is safe to carry out fireworks displays without any intervention from professional people. For a grand firework display, it is compulsory to take permission from the local authorities. Moreover, the professionals are always better at handling faulty firecrackers.

Is there any Law for Fireworks Displays?

In the UK, there is a law and regulation regarding fireworks that the public has to abide by. These rules include that one can buy firecrackers only if they are 18 or older. They can only use fireworks on a private plot or the areas they have secured permission for. The fireworks must be let off before 11 pm. There are some exceptions to this law. The UK law strictly prohibits its citizens from using personally-governed fireworks shows, particularly during Bonfire Night.

Given that you take care of all of these laws, you can easily manage a great firework display and enchant the night with your favourite colours, even if it is for just a few moments. Once you are done with the fireworks display, make sure to put all the shells in the water. It makes them invalid, and they cannot burn or become causes of any mishaps.