My Family Pedia A Blog for Lifestyle and Travel
Home Lifestyle Heading Football by Children: On the Verge to be Banished? 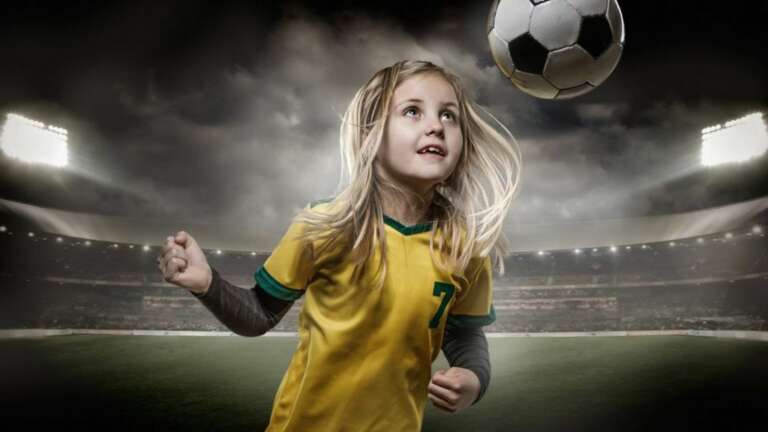 Heading the football towards the goalposts is often praised due to the accuracy and readiness of the football player. Well, the aerial challenge might be aesthetic and full of enjoyment, but it can lead to drastic consequences. And, kids are taught from the very beginning to adopt football skills gradually. Moreover, they discover the heading and its benefits in the sport. Undoubtedly, kids tend to prepare themselves for the perfect heading of football, to achieve victory for the matches. And, here the question arises whether the heading is safe for children’s football practices or not?

Experts in the field of football possess different opinions about this statement. However, the risks associated with heading especially for kids are not irrational. So, let’s check out what conditions are leading the entire football world to get divided into two categories when it comes to heading the ball by kids.

What are the Worries about Heading Footballs?

Mostly, heading the football counts physical injury for the kids. Children, especially those who are under 12, are still going through consistent physical growth. And, they are susceptible to get any injury while practicing heading football in their football academy Dubai. The more concerning fact is that heading can affect the brain with a concussion.

When anyone hits a sudden pressure, be it football, on their head, it can shake the entire brain. And, the intensity of the tackle can penetrate the skull and the injury directly strikes the brain. If the brain receives such a concussion the functionalities and structures of nerves can change.

And, any change in the nervous system simply indicates that the neurochemical signals sent from the brain might not be functioning properly. Even, the nerves can receive severe damage. Moreover, some players might suffer from unconsciousness. But, it’s not the only sign that indicates that the player has got a concussion.

A concussion can take place without driving the football player unconscious. And, reviving from a concussion is not an easy matter; it can take several days or months. However, heading a football is not the only reason for stumbling with a concussion. Other sports such as skiing, boxing, and rugby also possess the risks of encountering a concussion.

Apart from a concussion, the heading technique can result in dementia. This disorder can end up remembering things with severe difficulty. Players might have erased their own memory. The worst cases for the players are to forget the family members and everything around the player. The consequences tend to be so severe that the affected player can’t remember the names of the surrounding objects.

Needless to say, dementia can ruin the life of the football player. If the player can’t remember the things he or she has done or experienced so far, the player starts feeling depressed. And, it’s really difficult to overcome dementia, especially for young athletes. However, there’s still merely any solid evidence that heading football can actually lead players to suffer dementia.

In 2019, a survey comes up stating the interconnection between dementia and heading football. It draws the attention of almost every football player, their coaches, parents, and other concerned football associations. That’s why most of the football associations want to limit the use of the heading technique in the sport. So that young players remain safe and need not necessarily burden their heads with a sudden shock.

The football association of Scotland, England, and Northern Ireland has decided to ban the heading technique for junior football. But, the ban remains for only the practice session. Whereas, the players can indulge in heading a football, during any football match. But, the guideline is not the same for Wales. Additionally, players would be introduced to heading the ball, gradually under the category of ages between 12 and 16. Even, the football should be of a precise size for every particular age group.

Coming to the current football scenario in the US, children under the age of 10 are not allowed to perform heading ball. This restriction holds for both the training and the football match schedules. However, children aging between 11 and 13 are under the category of not practicing heading football.

There has not been enough research, still now. Banning the heading only in selected countries would not resolve the issue, but provoke controversies. Several football experts have supported the ban and countless haven’t. Those who are against the banishment argued with the logic that only a single factor can’t contribute to dementia. However, scientific evidence is most important before deciding anything, in the strategies of global football. So, the sport should not trigger any health complications, at all.