My Family Pedia A Blog for Lifestyle and Travel
Home Business Everything You Need To Know About Patrick M. Byrne 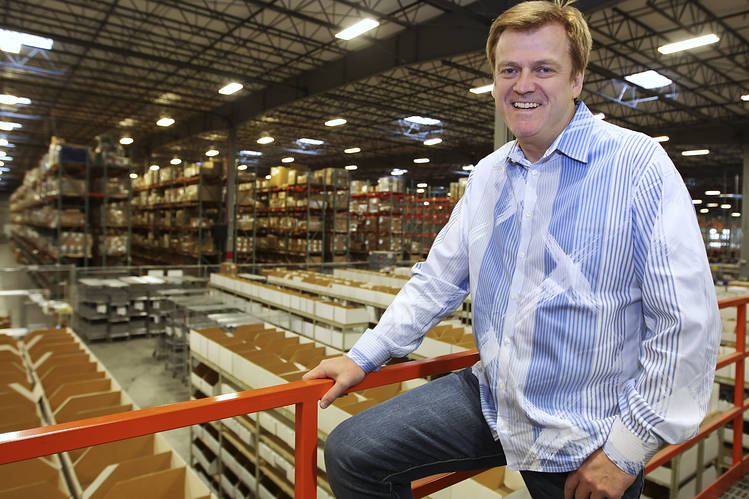 Overstock’s founder and CEO are Patrick Byrne. In 1996, Byrne received his Doctor of Philosophy (Ph.D.) from Stanford University. In 1989, Byrne graduated from graduate school with a Master’s degree in Philosophy. Dartmouth College is a private liberal arts college in New Hampshire. Byrne graduated from Dartmouth College with a Bachelor of Arts degree in Asian studies and philosophy in 1985.

Byrne’s pro-freedom political stance prompted him to determine that Overstock.com, which had $1.4 billion in revenue at the time, should accept bitcoin as a payment option in 2012 when no company with $1 million in revenue had done so. Byrne founded Medici Ventures, a subsidiary of Overstock.com that develops blockchain-based financial technology solutions, after becoming familiar with blockchain technology, which is at the core of digital currencies like bitcoin. Patrick M. Byrne became the first individual to buy a digital bond exclusively on the bitcoin blockchain in 2015, using Medici’s t0.com securities trading platform. In December 2016, Byrne made history again when Overstock.com issued the first shares ever traded on a distributed ledger alternative trading system (ATS).

As a “classical liberal,” Byrne believes that education and financial markets are critical to our country’s future. Since Milton Friedman died in 2006, Byrne has served as chairman of the Friedman Foundation for Educational Choice (now “EdChoice”), which is at the forefront of the national school choice movement.

Byrne has battled cancer three times, hepatitis twice, and has undergone more than 100 surgeries and medical treatments throughout his life. He gets his motivation from this.

In a recent interview with Silicon Slopes, Byrne noted, “Life is brief.” “When you tell a man he’ll be hanged in a fortnight, it tends to focus his attention considerably,” Samuel Johnson adds. Well, I’ve been quite focused on completing specific tasks over the past 30 years. It is, without a doubt, the finest thing that has ever occurred to me. I would have been a lifeguard someplace if I hadn’t had cancer, and not nearly as motivated.”

During this ongoing conflict, Patrick M. Byrne established himself as one of Utah’s most renowned innovators. He founded Overstock.com in 1999 to capitalize on an expanding market: inexpensive items offered over the internet.

“There was a quarter of retail that hadn’t made it to the internet yet when we started, and that was the liquidation sector,” Byrne explained. Anything in the American retail supply chain revolves on large quantities, similar products, and a small number of suppliers.Closeouts, excess orders, bankruptcies, and canceled orders are all places where things become accessible in dribs and drabs… “Bring that online,” was the plan.

Overstock soon gained traction by offering these liquidated products online, and the company went public in 2002. Overstock’s strategy has evolved to include more drop shipping, in which products are purchased on the site and sent directly from a supplier’s warehouse, accounting for 94 percent of sales, according to Byrne’s estimations.

In 2011, Byrne was named the EY National Entrepreneur of the Year, and by 2016, Overstock had sales of $1.8 billion. At the same time, Overstock launched the Peace Coliseum, a new corporate headquarters in Midvale with 1,500 workers and a campus dedicated to innovation.