My Family Pedia A Blog for Lifestyle and Travel
Home Family Health Ankle Injuries: what to do? 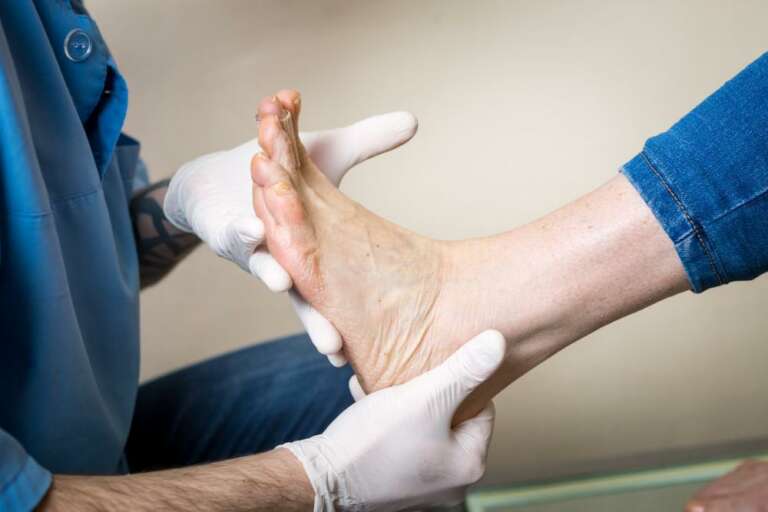 The Injuries mainly concerns the lateral (or external) compartment of the ankle with more than 80% of damage to the anterior talofibular ligament. It is most often the consequence of a forced inversion movement under load, for example following a false step (on the stairs, in the hollow of the ground, with heels that are too high, etc.). “The latest work highlighting above all the components of adduction and supination of the foot” specifies Brice Picot. The patient thus describes a mechanism of torsion of the ankle inside. This is called an external ankle Injuries.

The most common symptoms are:

Pain under the malleolus,

The appearance of edema (i.e. swelling) or even a hematoma in the hours that follows,

The feeling of a crack in the ankle.

It is generally difficult to continue the activity in progress (for example, running) sometimes even to put the foot on the ground, we then speak of functional impotence.

How long does an ankle Injuries last?

The symptoms of the Injuries usually disappear within ten days. However, “pain and swelling are only the tip of the iceberg”  warns the physiotherapist. Indeed, the risk factors for recurrences are more difficult for the patient to assess and it is therefore necessary to manage them correctly to avoid recurrence. On average, it takes 4 to 6 weeks to fully recover from a Injuries ankle. The feeling of stability perceived by the patient at the level of his ankle during activity such as running is a good indicator of the progress of rehabilitation.

“Ankle protection is the priority”

What to do immediately while waiting for a doctor’s opinion

“In the case of an ankle Injuries and in the absence of a doctor, protecting the ankle is the priority,” explains Brice Picot. The use of a splint for example makes it possible to avoid a new torsion mechanism of the ankle. In addition, the use of crutches prevents the placing of the foot on the ground if this is painful. “The elevation of the foot associated with the application of ice and compression of the joint reduces pain and avoids the appearance of edema which will be harmful for rehabilitation. On the other hand, it is recommended not to take anti-inflammatories so as not to slow down the healing process”he advises. As for the application of ice, its use is debated at present. It is a benefit/risk balance. “To date, the antalgic abilities of ice (i.e. its ability to relieve pain) outweigh their possible detrimental effect on ligament healing. It is therefore recommended to put ice if it decreases the pain in the patient in the first days following the Injuries” believes Brice Picot. A new acronym has recently appeared in the literature: PEACE and LOVE for the management of trauma

Load (load bearing in the absence of pain)

“Whatever the severity of the injury, rehabilitation is necessary to reduce the risk of recurrence and chronic ankle instability” warns Brice Picot. The initial treatment by immobilization (splint) lasts approximately 10 days. Rehabilitation begins as soon as possible in order to combat pain and the appearance of edema. Similarly, the onset of proprioceptive work and muscular awakening are considered according to the pain. In the case of a loss of amplitude, early work is recommended by controlling risky movements and gradually returning to normal use of the ankle.

The principle of rehabilitation is the same, however the treatment times are longer. Complete immobilization lasts 4 to 6 weeks with weight bearing after 2 weeks depending on the pain. Here again, rehabilitation must be started as soon as possible in order to combat the deficits linked to immobilization.

Repeated ankle Injuries: what to do?

The chronicity of ankle Injuries is their most frequent complication. This is why it is important to take care of them correctly . “The role of the physiotherapist is to establish a complete and precise assessment of the deficits linked to this chronic instability. Rehabilitation can then be carried out on a case-by-case basis with proprioception and muscle strengthening exercises adapted to each patient” explains Brice Picot.

“The first of the complications in the event of ankle trauma is the fracture.”

When to consult urgently?

When more serious lesions such as a fracture are suspected ( walking is impossible and the pressure on certain bone areas is very painful), it is necessary to consult quickly. However, in the current context of overcrowding in emergency departments, it appears necessary to reduce consultations in emergency departments for this type of trauma. Thus, the current policy seeks to refer patients to other health professionals such as physiotherapists in the case of an ankle Injuries. In all cases, whatever the supposed seriousness of the Injuries, it will be advisable to consult in order to be able to follow an optimal care.

The Injuries is usually accidental but predisposing factors may exist. “The first risk factor for ankle Injuries is having already Injuries your ankle” warns the physiotherapist. In fact, poor or even no care leads in 50% of cases to recurrences or even to the development of chronic ankle instability. Other risk factors seem to appear, in particular a deficit of amplitude in dorsal flexion of the ankle, a weakness of the muscles of the ankle and the hip, a reduction in proprioception (which is an important component of balance).

Are you looking for the best foot doctor? Our Foot Doctor is here to help you. We are the top rated podiatry practice and foot pain Ellicott City podiatrist.