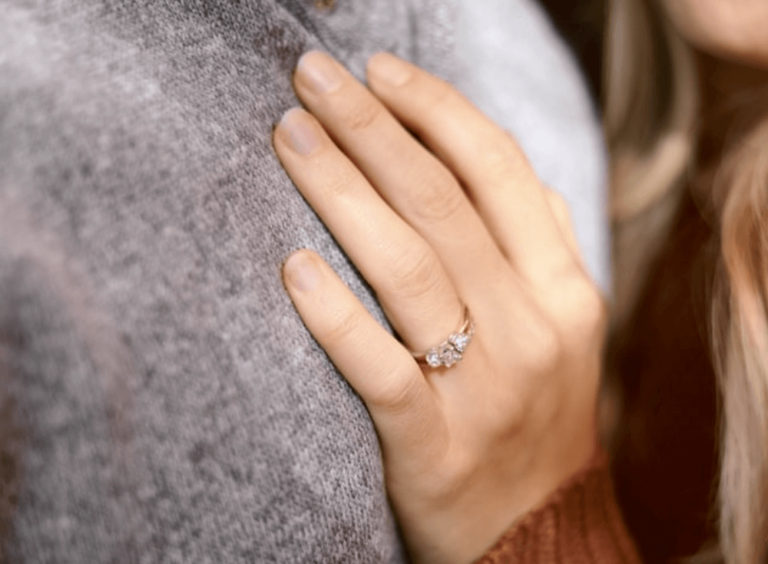 Gone are the days when the classic solitaire diamond rings were the standard rings used for proposals and engagement. Today, people look for something different and something offbeat in order to make a personalized statement. The three stone engagement rings became an alternative to solitaire diamond rings since the launch of the Trilogy campaign in 2001 by the famous diamond company DeBeers. The three stone rings also saw a recent surge in popularity after Prince Harry proposed Meghan Markle with a similar ring in 2017.

Also known as trinity ring or trilogy rings, the three stone diamond ring represents the past, present and future of a couple. The center stone symbolizes the couples present, while the stones on either side remind them of their past, how they met and of their future including the milestones they’ll achieve together. The emotions evoked by the three stone ring is truly special which is why it is becoming the preferred choice for most couples. Here are some of its features.

Unlike a classic solitaire diamond ring, the three stone rings as the name suggests has three stones. The main stone is the center stone which has side accents. After the royal engagement of Prince Harry and Meghan Markle, this ring style has become a popular choice among the engagement ring London. The stones flanking the center stone can be the same gemstone or a different one. It is important to choose the flanking stone carefully so as to ensure that it blends well with the center stone in perfect harmony.

In a trilogy ring, the stones are placed in such a way so as to give a curved silhouette to the entire ring design. Not only is this feature comfortable and convenient but is also versatile since it allows pairing of the three stone rings along with other rings such as the wedding band without making it look awkward.

Since the three stone rings have extra stones added to it, it appears shinier and is more likely to stand out.  The additional stones add to the brilliance of the ring and make it more eye catching than a simple solitaire ring.

The best feature of a three stone engagement ring is its originality. The extra stones provide a number of permutation and combination involving different gemstones, shape, sizes and setting thereby allowing you to design a ring that will be exclusive and original.